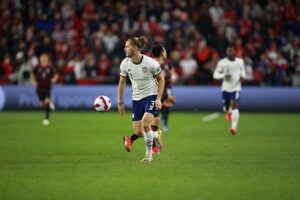 PREVIEW – Tomorrow, the United States Men’s National Team hosts Panama at Exploria Stadium in Orlando, FL. It is the penultimate match of Concacaf World Cup Qualification. Given the opponent and the circumstances, this is the biggest game in USMNT history since they failed to qualify for the 2018 World Cup.

First let’s do some qualification scenario math. The USMNT are still in second in the octagonal. The top three teams qualify. Fourth place gets you an intercontinental playoff with the Oceania Football Confederation winner (likely New Zealand). The Concacaf team will be favored regardless of the matchup.

There is a scenario where the United States wins tomorrow and still finishes fourth. Costa Rica would have to win their final two games and surpass them on goal difference. The U.S. is currently +9 to Costa Rica’s +2. With the two teams playing each other next Wednesday, any goal would could double toward goal difference.

The USMNT cannot be eliminated tomorrow no matter the results. To put it simply, they control their destiny. Get a result against Panama and you guarantee at least fourth place.

What to expect and how to beat Panama:

Expect Los Canaleros to bunker and counter. They’ll be in a midblock 4-2-3-1. This game is going to come down to if the U.S. can break down the opponent in the final third, how they deal with counter attacks, and what happens on set pieces. Panama won this reverse fixture on a goal off a corner.

That said, they were poor the other night in a 1-1 draw with El Salvador. Both teams had frustrating aspects to their game on Thursday. It’s poetically fitting that this game is going to come down to strikers creating and finishing their chances, the bane that has haunted the U.S. all CWCQ.

All the pressure is on the home side. The longer they go without scoring, the higher that pressure will get. Whether it’s Pepi, Pefok, or someone else, they need to be at their best, something they were not on Thursday.

Mexico had their moments when defenders were caught out. That will need to be better. This team has been best on restarts with Kellyn Acosta taking free kicks. He played 90 minutes the other night and Luca de la Torre is better from the run of play in tight spaces. Gregg Berhalter might have to pick what strengths and weaknesses he wants his midfield to have based on personnel.

In general, I remain concerned about the team’s energy and intensity given they started a first choice lineup at the Azteca.

Play hard. Run fast. Somebody put the ball in the back of the net. Fail and the PTSD from 2017 will be at DEFCON 1 come Wednesday in Costa Rica, where the United States has never won.

How to Watch USMNT vs Panama:

How to Watch: FS1, UniMás, TUDN