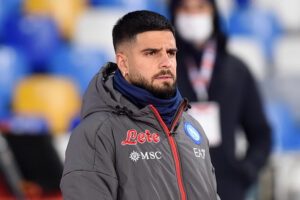 Lorenzo Insigne could be a Toronto FC player when June or July comes around. He has played for Napoli since 2010 and has scored 89 goals in 319 appearances. The 30-year old forward has also played for the Italian team since 2012. With Italy, he has scored 10 goals in 53 appearances. Also, all the money and team’s worth seen below is paid in American dollars.

Lorenzo Insigne has reportedly been signed by Toronto FC

Toronto FC and Lorenzo Insigne have agreed to terms, per sources. He’ll join TFC this summer

Singh, Managing Editor for Waking the Red, would also say that Lorenzo Insigne will sign for $12 million with TFC according to Josh Lawless of Sport Bible. Insigne is currently the Italian captain and is a Euro champion earlier this year. He scored two goals for the Italian team in Euro 2020.

This includes scoring the game-winning goal against Belgium in the quarterfinals of Euro 2020. This is what Nathan Salt for the Daily Mail said about the move:

‘Naturally, we Italians struggle to understand a move like this, yet Giovinco did it. Only those who are in this situation can understand how much the salary pushes them to accept or not.’

The reason why the Reds can make these transactions is that they are owned by Maple Leaf Sports & Entertainment Ltd (MLSE). Their two richest franchises, the Toronto Raptors are worth $2.48 billion (source: Mike Ozanian of SportsMoney) while the Toronto Maple Leafs are worth $1.8 billion dollars (source: Ozanian of SportsMoney). Also, TFC is the sixth-richest MLS team, which is currently worth $650 million (according to Sportico). Additionally, MLSE also owns the Toronto Argonauts.

These types of transactions dates to 2014 when TFC got Jermain Defoe, Michael Bradley, and Julio Cesar. Also, getting players like Sebastian Giovinco and Jozy Altidore in 2015, helped TFC reach new heights like winning the 2017 MLS Cup. It can even be seen this year with Yeferson Soteldo.

Also, Emmet Gates of SportsMoney stated that pressure in Naples can sometimes be too much. However, he said that going to Toronto would be the opposite as he would “likely walk the streets undisturbed.” There is also a certain lifestyle when living in Toronto. Players want to experience life and what it is like to play in North American and in MLS.

Toronto FC are progressing in talks to sign Lorenzo Insigne on a record contract proposal, not done/signed yet but club working on it.

Toronto need to terminate Jozy Altidore contract for €7m – but €4.5m have been proposed to the striker to part ways. Talks still on.

Keep in mind that this deal has not happened yet. Even though many notable outlets like the Toronto Star and Sportsnet have articles out, it still has not been made official. However, it does look optimistic that a deal will happen to bring the 30-year-old forward to TFC.

As hinted before, this move would resemble one of many moves Toronto has made to get Designated Players. It also shows Toronto’s link to getting quality players from the Serie A league, previously getting Sebastian Giovinco from Juventus and Bradley from A.S. Roma. Also, if this move becomes official, TFC would bring one of the best players from Serie A to MLS. Also, there is a temptation to sign players from Italy into Toronto. According to Canada Population, Italians are the seventh-largest demographic and second-most spoken language in Toronto.

The streets of Little Italy in Toronto are FIRED UP!

Another part of that reason might be Little Italy (seen above after Italy won UEFA Euro 2020), a district in Toronto known for its Italian-Canadian restaurants and businesses. This district has been shown in popular culture with shows like “Little Italy” and “Beauty & the Beast (2012 TV series).” It is also important to note that Insigne would play with Alejandro Pozuelo. In 2020, Pozuelo, the attacking midfielder, won the 2020 Landon Donovan MLS MVP award and was tied for the most assists in the league.