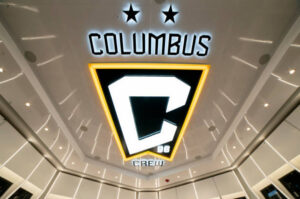 PREVIEW– Historic Crew Stadium says it all in the name really, but it will no longer be the home for Ohio’s finest. The Crew were the first MLS team to have a soccer-specific stadium built and now here they are with a new venue to look forward too. They saw out the old era out with a 2-0 victory over the Chicago Fire courtesy of a Gyasi Zardes brace and the first visitors to Lower.com Field will be Bruce Arena’s New England side. The Revs have been one of the best sides in MLS this year and so Columbus have a big challenge on their hands…

The Revs winning streak came to an end last time out versus FC Dallas and they will stay out on the road, a trip to the brand new Lower.com Field waiting for them. Many consider them as one of the sides that will be in the mix for a trophy come the end of the season, meanwhile the Crew are of course the reining MLS Cup champions. There are two obvious talismanic players on the field; Carles Gil for the Revs and Argentinian Lucas Zelarayan at the other end, both who could come to the fore.

Columbus’ start to the season wasn’t hugely electric with a trio of Zelarayan free-kicks as well as some own goals being their only attacking threat for way too long. Caleb Porter’s men have certainly grown into it as the weeks have gone on but still are a far-cry from the world-beaters of 2020, consecutive wins against NYCFC, Toronto and Chicago being the high-point to date. For context though, this is a Fire side who can hardly buy a result whilst TFC, who beat them earlier in the season for good measure, are operating out of a base thousands of miles away from home.

Before the aforementioned trio of wins for the Crew, they left Gillette Stadium with a trademark 1-0 defeat via a late Adam Buksa strike. This win for New England kickstarted a strong run that saw them knock off the Red Bulls twice as well as the other Big Apple side. 3-2 was the score in back-to-back wins over New York sides, Gustavo Bou scoring in both. The Argentinian also found the back of the net in his last time out but it was a much less positive score line- his record of four goals in five is overshadowed by a loss to FC Dallas spear-headed by teenage sensation Ricardo Pepi!

It’ll be a tough outing for Porter’s players given that the Revs are top in the east whilst the Crew themselves currently occupy fifth. Their chances of coming away from Lower.com Field with a positive result are lowered given the injury list to contend with; Luis Diaz, Bradley Wright-Phillips and Artur are the biggest names that are currently in and around the treatment room. On top of that, having just recovered from an injury of his own, Kevin Molino will be away on international duty at the Gold Cup. Due to this, the pressure on Zelarayan’s shoulders will be intensified and the same goes for the defense really, they may need a shut-out if they’re going to add to their points tally.

On the flipside then, Matt Turner has been chosen by Gregg Berhalter to represent the USMNT at the Gold Cup with Tajon Buchanan in the Canadian squad too. The pair should be there to play this weekend at Lower.com Field but then they will depart- Bruce Arena will be without a couple of role players but in general all is looking rosy in his camp. The Revs are just about favorites in this one but if the atmosphere at Q2 Stadium the other week in Austin FC’s home opener is anything to go by, then Columbus will give a very good account of themselves!