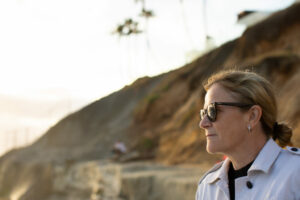 The National Women’s Soccer League is expanding once again. Now, Angel City FC is not the only California team. In fact, starting in 2022, the NWSL will have two teams based in California. San Diego has joined the fold, being officially announced as the 11th expansion team.

The club does not have a name, crest or colors yet, along with a coach. However, the San Diego club does have a president, who has quite the resume in the women’s soccer world. Jill Ellis has been tabbed as San Diego’s president. She already has an idea of what type of coach she wants to hire too, committing to a female coach.

“This is a proud and historic moment for soccer in San Diego, Southern California and the United States,” Ellis said. “The NWSL continues to grow immensely and bringing women’s professional soccer back to San Diego, an area with a rich soccer history and passionate fanbase, will have a deep and positive impact on this community. I’m incredibly honored to lead this club forward as we prepare for play in this league next year.”

“We aim to become a significant team globally, led by influential women, with the ability to attract the best talent throughout the world. I am eager to begin this project and look forward to leading this club as we build towards the future.”

The team’s majority owner or Ron Burkle, who wanted to bring the NWSL to Sacramento. However, when the city’s MLS bid failed earlier this year, so did the NWSL plans. Now, after a few months of rumors, Burkle’s idea of coming to San Diego with a team has been brought to life.

San Diego, according to Ellis and Burkle, has a rich history of soccer.

The city is rich with youth soccer clubs, though.

“San Diego is filled with an unwavering and fervent fanbase with a wide interest in soccer,” Burkle said. “We are thrilled to bring women’s professional soccer to San Diego and believe this club will be deeply embedded in this community. We believe in Jill and will provide the necessary investment to build a club that all of San Diego will be proud to support. Jill’s expertise and history within the sport is unrivalled and we are incredibly excited to continue to work with commissioner Baird to bring a world-class team to San Diego as we continue to grow the sport and women’s soccer.”

NWSL Commissioner Lisa Baird stated that she is “thrilled” to welcome San Diego the NWSL.

“The NWSL’s growth is obviously a priority for us, but we’ve always said that growth has to be done thoughtfully and deliberately,” Baird stated. “That’s exactly what we’ve done here. San Diego NWSL has all the hallmarks of a successful expansion club: a committed ownership group with the resources required to invest in the success of our league and our players, in a community full of soccer players and fans, in a region that has been underrepresented in our league. I can’t wait to watch it all come together.”

Jill Ellis has made headlines for her two FIFA Women’s World Cup victories and countless managerial wins for the U.S. women’s national team. She has been in conversations around coaching in the NWSL and even in MLS, when she was shortlisted for the D.C. United job — which eventually went to Hernan Losada.

However, Ellis’ place in the news hasn’t always been positive.

In a piece from Julia Poe of the Orlando Sentinel, Ali Krieger and Sydney Leroux criticized Ellis for her management of players and overall coaching tactics. Leroux pointed to teammates social media silence when Ellis stepped down as U.S. women’s national team head coach in late 2019 as “probably enough to let everyone know” about Ellis’ standing in the team.

Krieger went into more detail about “taking the high road” with Ellis.

“I just felt like I was in such a better place and I’d moved forward that I didn’t want to take those steps back and be petty and hash this out,” Krieger said to the Sentinel. “I think we both had grown in that two year period, maybe me more so than her. But I think it was, you’ve [got to] take the high road for sure.”

Ellis will not be coaching for the new San Diego club. Instead, she will be picking out who takes that job. Rumors are swirling that Casey Stoney, former Manchester United coach, is a lock for the job, as she stepped down from United this offseason.

The club will begin play in 2022, along with fellow California club — based in Los Angeles — Angel City FC.

Why Jill Ellis signed on for San Diego NWSL