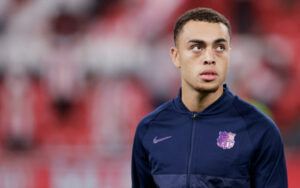 A total of 32 European clubs learned their fate for the upcoming group stage, with several mouthwatering matchups on the schedule including some American talent. Two of the tournament favorites will meet in Group A as Pep Guardiola’s Manchester City takes on Lionel Messi and Paris Saint-Germain.

Christian Pulisic and Chelsea were paired with Weston McKennie and Juventus in Group H while Sergiño Dest and Barcelona will face off with Bundesliga giants Bayern Munich.

A trio of American showdowns will take place in Group H as Timothy Weah and Lille was joined by Brenden Aaronson and Red Bull Salzburg and John Brooks and Wolfsburg.

Among some of the other top showdowns is Atletico Madrid-Liverpool and Inter Milan-Real Madrid. Villarreal will also face off with Manchester United in a rematch of last season’s Europa League Final, which the La Liga side won in a dramatic penalty kick shootout.

Here’s a closer look at all eight of the UCL groups:

Here’s a breakdown of the group stage schedule: