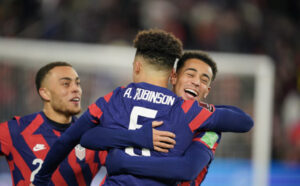 Buckle up on Sunday, folks. No, we’re not talking about the AFC and NFC Championships in the NFL. Right now, the focus is on World Cup qualifying and to see who will take the top spot on the Concacaf rankings.

Don’t let the title of this article fool you; after last night’s come-from-behind victory, Mexico is still very much in the race for the top spot too. But, while El Tri takes on Costa Rica — who won in their upset victory in San Jose against Panama — the eyes of Concacaf will set on Hamilton, Ontario. The U.S. men’s national team and Canada will face off. It’s a phrase that not many people have heard before: “Canada vs. U.S. for the top spot.”

For many years, Concacaf has been run by Mexico, with the U.S. or a country like Costa Rica or Panama trailing close behind. This cycle is much different, with Canada dominating their matches. Last night, Canada showed they were no fluke against Honduras, scoring one off an own goal, but also a wonder-goal from Jonathan David.

Meanwhile, the United States won in an ugly fashion against a tough, gritty El Salvador team with nothing to lose. Hugo Perez, El Salvador coach, praised his team for holding the United States to a 1-0 victory. “We came here a year and a half ago and lost 6-1, so I am proud of the team,” Perez remarked post-game.

The Canadians won in a much more favorable fashion than the United States who, said multiple times by Antonee “Jedi” Robinson, that they need to “tidy up” before heading to Hamilton.

How does Mexico then play in to all of this? Let’s look at the numbers.

Mexico vs. USA vs. Canada

Right now, this how the detailed breakdown of the Concacaf standings looks. 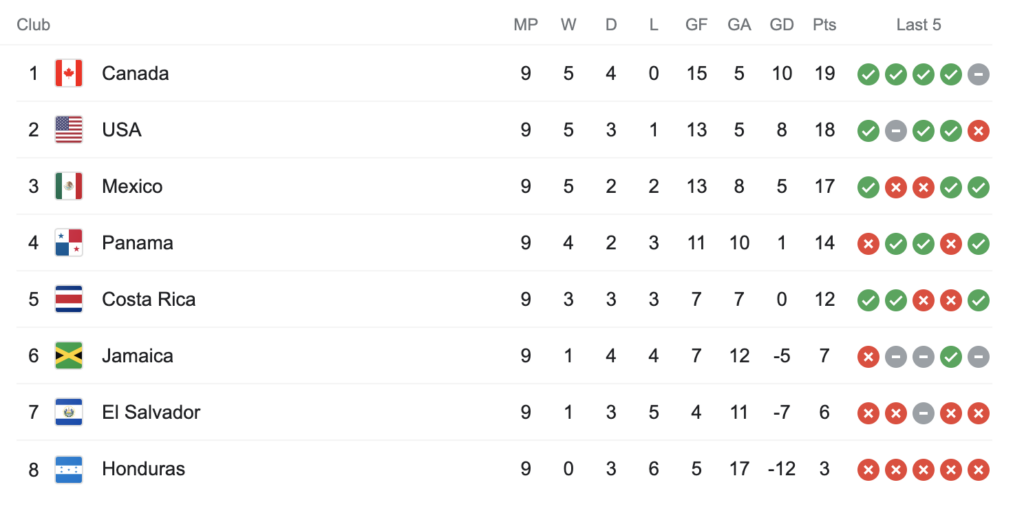 Here are a couple different scenarios for how each team could take the top spot, or get an even 20-point tie.

Is there a way for all teams to have 20 points? Of course! If the United States and Canada were to tie, then Mexico beat Costa Rica, all three teams would have 20 points. Then, the standings would come down to goal differential — even if Panama wins against Jamaica, they would only have 17 points.

How to watch USMNT vs. Canada

How to Watch: Paramount+, Telemundo and Universo.

The post Preview: USMNT and Canada face off for top Concacaf spot appeared first on Last Word On Soccer.