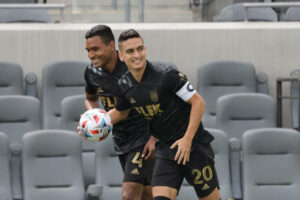 Preview – We know why you’re here. This is the match that gets the blood boiling. Rattles the nerves, and raises the tension. In just four short seasons, the LA Rivalry has risen to one of the most intense, and entertaining rivalries in Major League Soccer.

Both teams come into the match looking to build on their respective starts to the new campaign. While unbeaten through three matches, LAFC have played far from their best football. Often looking lethargic, and sluggish, for the duration of most matches. The LA Galaxy, while having lost their last match in a rout, have played some of their best football to open up the season. Obviously, both teams will want to win, because, rivals. However, this is a rare, early season must-win. An early catalyst for the season. A win tonight could springboard a team to continued success for the early part of the season. In a tough Western Conference, confidence goes a long way.

Signing of the Season

LAFC have a massive win before the match is even kicked off. While European eyes continue to pry, waiting for their chance at Colombian midfielder, Eduard Atuesta, LAFC have given themselves some more control over the situation. It was announced yesterday Atuesta has signed an extension through 2022. While the length of the extension is only a year, it does a couple things.

It keeps LAFC’s best player, yes including Carlos Vela, in LA, without fear of losing him for free as his contract expired. It gives the club a chance to sit-back and take the deal that’s right for them. While keeping Atuesta in LA forever would be the ideal scenario, we all know he is bound for Europe. This signing sends the message that he is content playing here until the right situation, and offer, arrives. That gives LAFC a huge advantage going forward.

#LAFC and @EduardAtuesta agree to a contract extension.

To say Javier “Chicharito” Hernández has improved on last season, would be a massive understatement. Of the Galaxy’s six goals so far this season, he has netted five. This was the star striker they had brought on, and after a tough 2020, he looks ready to exorcise all of his demons and take the MLS by the scruff of the neck. If LAFC want to come out on top, they will have to play precise from the start and limit the early chances.

What’s in a Name?

What’s El Tráfico? It is not hand nor foot, nor arm, nor face. What’s in a name? Apparently, a lot. The return of the LA rivalry means a return of the discourse around the ‘proper’ name of the rivalry. The truth is, it doesn’t and shouldn’t, matter. The only concern anyone should have, is winning it. You want to name the rivalry? Then go out and win more than three matches in ten played. Until then, let’s just worry about winning.

There really isn’t much to be said. This is one of those match-ups where the expectation is understood by everyone. While the status around Carlos Vela has been upgraded to ‘questionable’, it would be wrong to expect too much of him in his return. The key to victory resides in the midfield. Far too often, LAFC’s demise is their inability to keep possession in the middle of the park. Causing defenders to get caught out, having to play catch-up. Giving up an early goal will only open the flood gates, meaning LAFC can’t afford to come out sluggish like previous matches. It’s time to get going and push on for the season, starting tonight.

The post Preview: The LA Rivalry Set For Another Chapter appeared first on Last Word On Soccer.