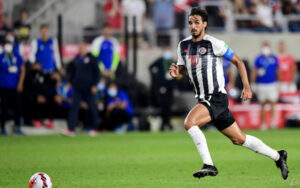 Costa Rica pulled off a major upset in World Cup qualifying on Thursday night. The Ticos don’t have the highest percentage to qualify for the World Cup — which they have done for the last two cycles — but they aren’t dead yet. However, standing in their way is a huge mountain on Sunday night: Mexico.

And, it’s not just Mexico. This is a Mexico team brimming with confidence after scoring two goals in 90 seconds against Jamaica, after initially going down 1-0 while the Reggae Boyz had 10 men on the pitch. Mexico is at home, at their formidable home: the Azteca. The support from Mexican national team fans is no stranger to Concacaf, and the Azteca is truly a fortress.

Costa Rica is hanging on to World Cup qualifying by the skin of their teeth. They have one of the best goalkeepers — if not *the* best goalkeeper — in Concacaf with Keylor Navas. Bryan Ruiz is showing that age is just a number. But, is that enough for Costa Rica to provide a major upset?

Mexico is obviously the favored team in this one. Playing at home at the Azteca wouldn’t bring a lot of bets against Mexico. However, Costa Rica does have a slim opportunity to make a giant upset.

Keys to the Game: Costa Rica

First and foremost, Costa Rican needs to prevent Mexico from scoring. That is an extremely vague sentence, but goals count. As the U.S. men’s national team showed against Honduras, it doesn’t matter how you score. As long as a team gets on the scoresheet, they are usually in good hands.

Costa Rica will want to limit players like Alexis Vega and Henry Martin, the two El Tri players who scored in 90 seconds. Vega, especially, is beaming with confidence after scoring the game-winning goal, essentially killing Jamaica’s chances of qualifying for Qatar later this year.

“We knew there was a long game ahead, we never lost our heads,” Vega said to TUDN.

The biggest name from Mexico’s roster in the match against Jamaica was Héctor Herrera. The 31-year-old features for Atlético Madrid and has been with the club since 2019. He is a key force in the midfield, noted mainly for his distribution forward. Costa Rica will want to silence him.

Keys to the Game: Mexico

Costa Rica doesn’t have the youngest roster, and that’s OK. Keylor Navas is a sturdy option in net and mistakes are rare for the Paris Saint-Germain goalkeeper. Ruiz is 36-years-old and scored the lone goal against Panama in San Jose on Thursday night. Nashville SC midfielder Randall Leal did not feature for the Ticos on Thursday.

Mexico will certainly keep their eyes on Joel Campbell, the prolific Costa Rican striker, who plays his club soccer at C.F. Monterrey. He is no stranger to Mexican rostered players like Hector Moreno, Jesús Gallardo and Luis Romo, his club teammates. Of course, being in Liga MX, he plays against a large majority of the Mexican roster.

Mexico will want to silence the link between Campbell and Ruiz, as well as pick pocket defenders and get a chance on Navas.

How to Watch: Costa Rica vs. Mexico

How to Watch: Paramount+, TUDN (Mexico), TUDN (USA) and Univision.

The post Preview: Costa Rica has a tough task against Azteca-bound Mexico appeared first on Last Word On Soccer.