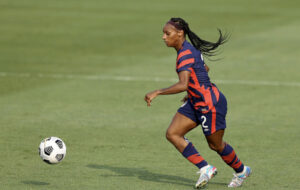 Preview — All eyes are on gold for the U.S. Women’s National Team. The Olympics will be kicking off next week, with the USWNT looking to make history with a gold medal victory.

No, this won’t be the team’s first gold medal at the Olympic games. In fact, the USWNT has medaled in five out of six Olympic games, with four of them being gold medals. In 2000, the U.S. took a silver medal finish. However, the team is bouncing back from a poor showing at the 2016 Olympics in Rio, the only one which they didn’t medal. The U.S. was knocked out by foe Sweden, whom they’ve been drawn with in the group stage.

The Olympics look a little different this year, with no fans gracing the stands in Tokyo. The roster is different than in 2016, but not by much. And, now with a rule change made just a few short days ago, alternates are now on the full roster, increasing the roster size from 18 to 22.

Last Word on Soccer will be covering the Olympics from the U.S. and Canadian perspective. Myself and Trebor Tracy will handle the USWNT, while the Canadians are in good hands with Raheem Bashir, a Toronto native. We will not be doing recaps, but instead taking on analysis from each game.

However, we will be doing one preview for the entire Olympics.

The Olympic Committee and FIFA made a rule-change to allow alternates to become full-rostered players for the Olympics. This means that Jane Campbell, Casey Krueger, Catarina Macario and Lynn Williams will allow to participate in matches. However, the Olympics will still keep the rule that 18 players may dress for matches. With a heavy slew of matches within three weeks, the roster rotation could come in handy.

Williams has been putting on a clinic in the NWSL. Macario just got a ton of experience in France with Lyon in her first year. Krueger has been in and out of the national team program for a year now, and the Olympics will be a huge stepping stone for the Red Stars defender. Finally, Jane Campbell edged out Ashlyn Harris for the final and third goalkeeper spot.

USWNT at the Olympics: The Group Stage

The USWNT, as typical now in big-name tournaments, have gotten a pretty simple group. Sweden is the biggest name in the group, and that’s the first match. Who can forget when the Swedes knocked out the United States in 2016, keeping them from the podium for the first time in Olympic history? Sweden, in 2019, won the bronze medal at the FIFA Women’s World Cup.

Sweden is out for vengeance. They are the biggest rival of the USWNT and will want to keep them from the top of the group stage.

As for the United States’ other opponents, New Zealand and Australia — two countries that will jointly-host the FIFA Women’s World Cup in 2023 — round out the group. New Zealand has Abby Erceg and Ali Riley, who both play in the NWSL. Australia is obviously well equipped with Sam Kerr. However, Australia’s recent international matches in 2021 haven’t been promising. Australia has not won a single game in 2021, losing four times and drawing once. Australia’s biggest gaffe was an April 5-0 loss to the Netherlands.

As for New Zealand, the team recently faced off with Great Britain and lost 3-0 in Tokyo.

Taking in the culture

A look back at our week in Miyazki for Pre-Olympic Training Camp.#BehindTheCrest pres. by @VW pic.twitter.com/7GpF14btOH

The Olympics has a wide and diverse group of participants at the Olympics. The biggest surprise comes from Africa, as Zambia edged out Nigeria for their first Olympic spot. In fact, Zambia has not qualified in history for a FIFA Women’s World Cup either, as this will be the group’s first major tournament. Zambia is coached by Bruce Mwape.

This is also the first Olympics for Chile, who qualified after defeating Cameroon in a CAF-CONMEBOL playoff match. Captain Christiane Endler leads the way, along with former Washington Spirit midfielder Yanara Aedo.

The knockout stage is as followed. 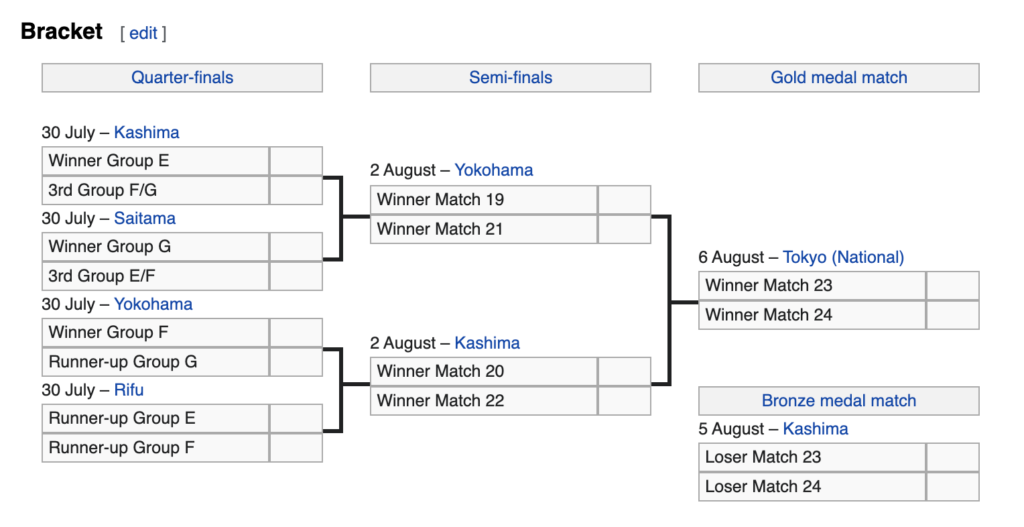 The Olympics, short and sweet! The first match begins this Wednesday at 4:30 AM EST.

The post Olympics Preview: Can the USWNT make history with a gold medal? appeared first on Last Word On Soccer.