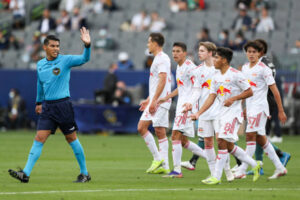 PODCAST – What’s up Internet? Last Word Soccer Club Radio is back as Matt and Dan recap the second week of the 2021 MLS season. We start off with a CCL Quarterfinals preview as five MLS teams take part in the four matches. Then the guys do Red Light, Yellow Light, Green Light for the MLS weekend.

We close out the show with Weekend Pick ‘Ems and CCL predictions.