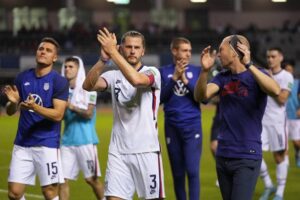 PODCAST – What’s up Internet? On this episode of Last Word SC Radio, Matt and Rachael react instantly to the USMNT qualifying for the 2022 World Cup! We express our emotions, recap the 2-0 loss to Costa Rica, and more. We did it! Then Matt sits down with Jamie Rooke for his LWSC podcast debut to talk all things New England Revolution. We discuss what’s gone wrong in MLS player and in CCL and look ahead to the April schedule.