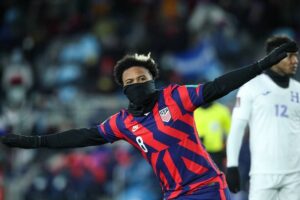 PODCAST – What’s up Internet? This week on Last Word SC Radio, the Boyz get together. We discuss recent MLS transfer news and the slew of new members of Americans Abroad. Then we talk all things Concacaf, including the USMNT Honduras match.

Dan discusses the successes and failures of this window. Matt welcomes our new Canadian Concacaf Overlords. Harvey pours one out for El Salvador, Honduras, and Jamaica.

In the Round Table, we discuss the NWSL CBA and Dan speaks to Kristen Hamilton.