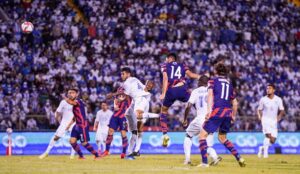 PODCAST – What’s up Internet?  Dan, and Rachael are back this week for another episode of Last Word on Soccer. We discuss the mixed results from Seattle this week, New York being red, LAFC’s playoff hopes and more. We also touch on the USMNT roster announced for their upcoming world cup qualifiers at the beginning of October. Plus, a reprise and some mea culpa from our “Buy, Hold, or Sell.”