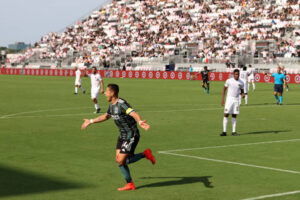 PODCAST – What’s up Internet? MLS IS BACK! This week on Last Word SC Radio, Matt, Dan, and Rachael get together to recap the MLS opening weekend.

First we touch on the Super League news. Then we discuss all five MLS teams making it to the CCL quarterfinals. In the middle segment, we do MLS opening weekend Red Light, Yellow Light, Green Light.