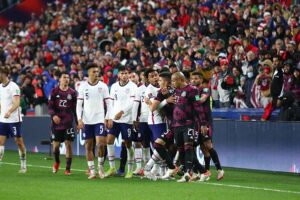 PODCAST – What’s up Internet? Friday nigh on Last Word SC Radio, Dan really wanted to do an after dark reaction pod to the USA Mexico game, so here we are. Matt and Harvey join for a full-time reaction to Dos A Cero returning to the state of Ohio.

We break down El Salvador rescuing a point against Jamaica. Dan discusses the significance of Canada getting a win against Costa Rica. Then we go through everything in the USMNT game against El Tri.

The boys finish the show looking ahead to the Tuesday matches and doing Pick ‘Ems for the United States at Jamaica.