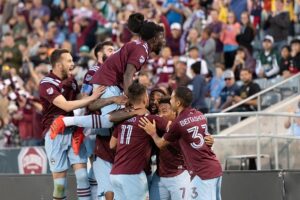 PODCAST – What’s up and happy Decision Day Internet?! Tonight on Last Word SC Radio, the boys get together for an after dark MLS 201 Decision Day review. We recap how Atlanta, Orlando, and RBNY got the final playoff spots in the Eastern Conference. Harvey gives his takes on Red Bull New York clinching the playoffs to continue the streak. Then we discuss how Philly got the second seed over Nashville and NYCFC.

Then we go to the Western Conference. Matt and Dan break down how the Colorado Rapids won the top seed and what has gone wrong for Seattle and Sporting KC to finish their season. The trio discusses how Minnesota, RSL, and Vancouver made the playoffs and how the LA teams failed.