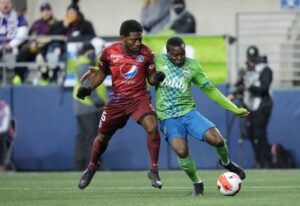 PODCAST – What’s up Internet? This week on Last Word SC Radio, Matt and Harvey get together to discuss so many things. We debate “Doors or Wheels?” Then we do Thumbs Up, Down, and Sideways on MLS Week 3. The duo then recaps the first leg matches of the CCL Quarterfinals and looks ahead to the second legs.

In the Round Table, we do MLS and CCL predictions and Matt discusses the possibility of Gyasi Zardes getting traded from Columbus Crew.