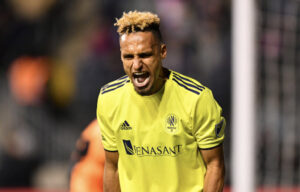 The days are ticking away until the 2022 MLS season gets underway. Some teams are already in action in CCL whereas others will get their first taste of competitive action this weekend. There is nothing better for a new campaign than making predictions. They often horrendously wrong, but regardless, Last Word on Soccer predicted a few key categories for the coming year. Let’s go!

2022 MLS season as per Last Word on Soccer

Starting with the holy grail of US soccer, MLS Cup. Ronny Deila’s NYCFC are the defending champions but we have given the nod to the record-breaking Revolution. Last year, New England topped the regular season and beat the record points total of LAFC in the process. After that highest of high though, the Revolution were knocked out of the playoffs by eventual champions NYCFC.

For the 2022 MLS season, Last Word on Soccer are tipping the Revolution to get over the line this time. Tajon Buchanan and Scott Caldwell are the notable departures whilst the experienced trio of Omar Gonzalez, Sebastian Lletget and Jozy Altidore are the new faces on the bloke. That being said, Bruce Arena has worked with them all before and this level of cohesion will play a key role in any eventual success for the boys from Boston.

Seattle, Atlanta and Nashville also got votes but it was the New England Revolution who came out on top.

Moving on to the title that New England will be defending, the Supporters’ Shield. One of their closest challengers last term, the third placed team in the overall standings, was the Seattle Sounders. Under Brian Schmetzer, Seattle have been built with a very strong base over a number of years and this long-term project has reaped rewards. It has often been said that the Sounders are a post-season team and that that is Schmetzer’s priority, but maybe not this time around.

The Last Word on Soccer crew are tipping the Sounders to get their hands on a first Shield under the stewardship of Schmetzer. With Jordan Morris returning from injury and Albert Rusnák arriving from Real Salt Lake, the frontline is an embarrassment of riches. In this league, despite the improvement of the defending recently, an attack of Morris, Rusnák, Nico Lodeiro and Raul Ruidiaz can run riot most weeks. Morris will of course be eased back into action but they have a great squad as well as intriguing youngsters to power them forward.

New England, Sporting Kansas City and NYCFC all got votes but the Sounders ran away with it.

No American team has won the CONCACAF Champions League in its current iteration, and we don’t expect that to change. The competition has been hugely dominated by the Mexican teams including Pachuca and Monterrey. The 2013-14 winners Cruz Azul, who edged out Toluca that year in a very narrow affair, are the pick of the bunch once again. Cruz Azul are from the Mexican capital and they play their home games at the infamous Azteca, a true fortress for any side that comes to town. Cruz Azul currently lead Canadian side Forge after the first leg and so are well on their way to qualification for the next round.

After running eventual winner Carles Gil right down to the wire, Last Word on Soccer is tipping Hany Mukhtar of Nashville SC to go all the way in the 2022 MLS season. The Revolution were of course exceptional last term, but this was the case even when the diminutive Spaniard was sidelined. That isn’t to knock Gil because he was a class above the rest more often than not. New England’s success was there for all to see whilst Nashville went under the radar somewhat, that dynamic duo of Mukhtar and CJ Sapong working in tandem. The former put up 19 goals and 10 assists last year which is quite something; we expect him to go from strength-to-strength.

The aforementioned Gil got voted for, as did Jozef Martinez of Atlanta United, last season’s top scorer Taty Castellanos, Seattle’s new man Albert Rusnák and the big name in Toronto, who will arrive in the summer, Lorenzo Insigne.

MLS is heralded for a number of attacking superstars with high-goal scoring affairs often being the case. There is somewhat of a shift taking place though as defending becomes more and more prioritized every season. Going into the 2022 MLS season, there are several elite defenders that could easily get the nod in this category. One of whom is Yeimar Gomez Andrade, more affectionately known as Yeimar. The centerback has been in Seattle for a couple of years now, partnering the likes of Xavier Arreaga and Nouhou. He is an experienced head and at the heart of the Sounders backline, the Colombian is a key part of any success they have.

As previously mentioned, Nashville have often been overlooked in the past. Whether it be their individuals or the team as a whole, a lack of glamour means they can be ignored for such awards. That isn’t the case this time around though as, along with Hany Mukhtar, coach Gary Smith is leading the way in our eyes. In the first season, they shocked their way into the playoffs before then finishing third in the east last time out. His robust tactics are equivalent to the budgetary restrictions he has to work under in fairness, especially when compared to MLS’ elite.

Colorado’s Robin Fraser, Vancouver’s Vanni Sartini, Chicago’s Ezra Hendrickson and Seattle’s Brian Schmetzer all got voted for, but Smith just about pipped them to the post.

The penultimate category to be addressed for the 2022 MLS season is one of the most fascinating ones. The top goalscorer could come from most teams, it could be a huge dark horse or the player staring you right in the face. Taty Castellanos of NYCFC won it last year and whilst he could easily retain the award, our attentions turn to the West Coast. LA to be exact where there are two Mexicans that are legends of the game. Carlos Vela had a poor 2021 while, amongst the injuries, Chicharito was back to his very best. The Galaxy’s talisman will be joined in the attacking third by Douglas Costa going into the new season and so he could easily wipe the floor with the competition around him.

Along with Javier “Chicharito” Hernandez, previous winner Josef Martinez, Hany Mukhtar and Albert Rusnák all got votes by their name.

Newcomer of the Year: Xherdan Shaqiri

Finally then to the newcomer of the year. The three big names in this category are Douglas Costa, Lorenzo Insigne and Xherdan Shaqiri. Costa is the new man in Cali whilst Euro 2020 winner Insigne will arrive in Toronto in the summer. The final of the notable trio coming over from Europe is Swiss international Xherdan Shaqiri. He was never a key figure at Anfield and his time at Lyon was brief, but that isn’t to say that he’s past it. He joins the Chicago Fire who are in transition in truth, head coach Ezra Hendrickson being new on the block too. It will be intriguing to see how Shaqiri will fare.

Insigne, Costa and Red Bulls new man Luquinhas all got a shout out for this one.

There it is then, the Last Word on Soccer 2022 MLS season predictions.

Let us know what you think will happen!