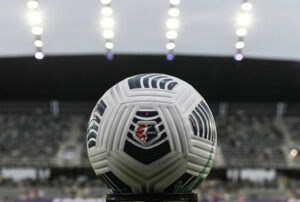 Thursday changed everything in the National Women’s Soccer League.

The past weekend was supposed to be the turning of the calendar, not only to October, but the league calendar turning into the stretch run of the season. With all the chaos surrounding the league in the last few weeks, there were people around the NWSL – and in the sports world in general – getting ready to play soccer and enjoy watching it.

However, that didn’t happen. Another bomb dropped, this time being the final straw.

Sinead Farrelly and Meleana “Mana” Shim courageously, boldly and profoundly spoke out about sexual abuse they suffered under former North Carolina Courage head coach Paul Riley, in a detailed and investigative report from Meg Linehan of The Athletic. He has since been fired from the Courage, had his coaching license — the highest in U.S. Soccer — suspended and a decision on if he’ll be able to ever coach in women’s soccer again is certainly hanging by a thread. Recently, Richie Burke was banned from ever coaching in the NWSL again after verbal abuse allegations from many in the Washington Spirit organization.

Oh, and on top of that, Christy Holly was fired earlier in September “for cause” and Farid Benstiti re-signed after verbally abusing players, too.

It’s been a whirlwind of a year in the NWSL — and not for good reasons, either.

The Paul Riley story, written brilliantly by Meg and with contribution from Katie Strang, was deeply disturbing. There were first-hand accounts from Farrelly and Shim about major sexual abuse — including Riley coercing Farrelly into having sex with him multiple times — accounts of Riley verbally abusing players about their weight and appearance. The list goes on and on. Please, for the sake of understanding what these players went through and how unsafe the NWSL truly is, read Meg’s story.

I want to state a couple things. First, I am not a sexual assault survivor but have been a confidant to a handful of friends who have been. The pain is hard to describe, and the accounts are really difficult to listen to. But that’s what we, as human beings, are meant to do. Listen. Lean on each other. Be there for one another.

Second, and this one should be plain and simple: we need to do better at believing women. Just, as a whole, as a whole society.

Third, and this one is personal — there were major triggers in this story for me. I’m not America’s next top model. I am a heavy girl and I have had weight issues all my life. I have had some really mean girls, women, men and boys — ranging from when I was a kid, in high school and even still as an adult — make fun of my weight. My own sibling would easily target me about my weight to make me feel awful.

I had people tell me I should kill myself because nobody could “love a fat girl like you.”

It really, really hurt. Reading about how another coach abused his power and another coach made fun of women for their bodies was disgusting, triggering and made me incredibly angry. The women who play in the NWSL — and any women in general — do not deserve that.

I’m a Catholic Christian — if you follow me on Twitter, you’ve seen pictures of my full-time job as a youth minister and Bible verses; this shouldn’t surprise you! — and I heard something about two years ago that changed my life. A friend of mine told me to go to a talk by a priest named Fr. Joe Freedy, back in my native Pittsburgh, Pa. Fr. Joe is the type of guy that makes you want to run through a wall, he gets you so incredibly hype. He’s a former quarterback, so it makes sense, you know?

Man, that hit hard. I knew from that moment on that I was part of God’s creation. Simple as that. I was made in God’s image. What an incredibly powerful moment.

When I was reading Meg’s story, I so desperately wanted to say to Mana Shim, Sinead Farrelly and any other player that Paul Riley verbally abused about their looks, their weight or anything to do with their personal, physical appearance: “Don’t listen to him. It doesn’t matter what he thinks. You were made in the image of God. You are beautiful.”

And then, maybe I would have thrown a punch or two at anybody who commented on their weight.

Of course, I was struck by the sexual abuse and every allegation detailed in Meg’s story. But that one stuck out to me, because I have a personal experience with it. Now, to the bottom line of it all. I mentioned it before: we need to be better to each other and we need to be there for each other.

And, with laser focus on the NWSL… You need to be better. The league made a good start with firing Lisa Baird — the NWSL commissioner who was so “shocked” by the reports, but in reality, they knew about them for six months and swept them under the rug because she didn’t want another scandal — and Lisa Levine, who did nothing to help these former players despite pleas and begging from them.

However, it’s time for Gavin Wilkinson to go for telling Shim to essentially shut up and play soccer. And it’s time for Merritt Paulson to sell the team, just like the NWSL, MLS and USL pressured Dell Loy Hanson after his racial remarks and abuse toward players and staff. Paulson is not some sort of “god.” He is not too powerful to be forced to sell a team. It’s time for him to see his mistakes — past and present — and sell to a good owner.

It’s time for the NWSL to really re-tool. If it were up to me, the league would start from the ground up. There is way too many institutional failures to salvage the reputation of this league. There will always be a big stain on the league — and one that won’t go away for a long time, if ever.

The NWSL needs to do a better job protecting its players. It needs to create a safe environment for the players — because clearly there is not one, no matter how much Baird and the league wanted you to pretend there was one. The players are the league and they need to be protected, cared for and treated like professional athletes. I’ve written long enough, but you don’t need to read between the lines to know that it includes salary increases and bigger, better benefits as well.

It’s time for the NWSL, quite frankly, to get it together. If this doesn’t invoke significant change, then I fear that people in the NWSL simply do not care at all about their players.

The post Kriger: My own personal reaction to Paul Riley and the NWSL not protecting its players appeared first on Last Word On Soccer.