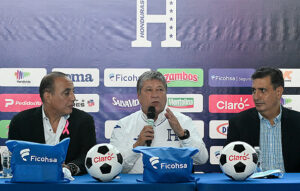 PREVIEW – Both Honduras and Panama have an important game on Friday. The Hondurans look to get their first win in World Cup qualifiers against Panama while Panama looks to continue their impressive win in Octagonal World Cup qualifying.

Honduras desperate in a must-win game against Panama

It’s a much needed win for the Boyz…

After two impressive ties on the road including against El Salvador, and the CanMNT, Honduras has struggled. This includes only having one point at home in three home games. This included losses against the U.S. and Jamaica at home. As a result of the Jamaica game, Fabián Coito was fired and was replaced by Hernán Darío Gómez. This is what Gomez said according to the Associated Press.

“There are still 24 points at stake,” Gomez reiterated during the ceremony. “Our margin of error is very small, we are in an uncomfortable position, but my goal is to reach a new World Cup with Honduras.”

They are right now bottom of the table, but five points behind Panama for fourth place. A big problem for Honduras has been their defence. They have given up the most goals of all eight teams in the region with 10 goals given up. The Hondurans are also tied with El Salvador for the fewest goals scored in the Octagonal round of World Cup qualifying. Their two goal scorers of the tournament has been Primeiro de Agosto player Brayan Moya and Alajuelense Alexander López.

The Panamanians had an impressive September window, where they picked up five points. They also were able to beat the USMNT in Panama in the October window. This includes losses to both El Salvador and the CanMNT. This also included the wonder goal by Alphonso Davies, which changed the momentum in Canada’s favour at BMO Field. Maybe the game they should have gotten a result was in El Salvador.

However, even with those results, Panama is still in a reasonable position to qualify for the FIFA World Cup. They are currently ranked fourth out of eight teams in the Octagonal round of World Cup qualifying. Unfortunately, according to Jean Carlos Gonzalez Pereira of Futbol Centroamérica, this is what Panama’s head coach Thomas Christiansen said:

“These are important injuries and casualties for the team, but we have to maintain our way of playing and that is why we have looked for replacements that have characteristics as similar as possible to achieve it.”

Rolando Blackburn (a player for Bulgarian club “The Strongest”) leads the team with three goals. Panama has scored and given up six goals each so far in the Octagonal World Cup qualifying.

For Honduras, this is an extremely important game as they need to get a result at home.

Panama overall has played better than Honduras and hence it is possible for them to get a result on the road. The game kicks off on November 12 at 8:05 p.m. ET. The game will take place at Estadio Olímpico Metropolitano in San Pedro Sula, Honduras.

The post Honduras desperate to bounce back against Panama appeared first on Last Word On Soccer.