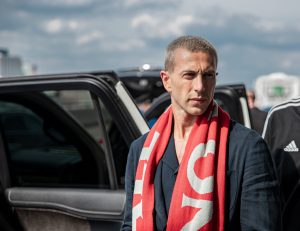 ANALYSIS – Federico Bernardeschi officially signed with Toronto FC on July 15, 2022. As a result, he was signed along with Italian compatriots, Lorenzo Insigne and Domenico Criscito. In almost all the games, Bernardeschi has played a positive influence on the team, whether TFC wins, draws, or losses a game. He has probably been Toronto’s best player since joining the team. According to Jeff Carlisle, a U.S. Soccer correspondent of ESPN, Bernardeschi was signed as a Designated Player as a free transfer from Juventus F.C. to TFC until 2026.

Bernardeschi only played the first 45 minutes in his debut for his new club. Yet, he was able to score the second goal and assist on the third goal in a 4-0 win over Charlotte FC. This is what TFC captain, Michael Bradley said about Bernardeschi and also Lorenzo, and Criscito according to TSN:

“We’re really excited you know getting Lorenzo and Federico here obviously mimo’s been here for a few weeks, you know the impact they’ve had on the group on the field off the field already has been having been huge.”

This would be a beginning of a trend as Bernardeschi carried the offensive load along with Insigne. Also, in the Canadian Championship Final loss to the Vancouver Whitecaps FC, Bernardeschi assisted Lukas MacNaughton’s goal to tie the game. Bernardeschi would also convert the penalty in the penalty shootout, but unfortunately, Toronto would end up losing in penalties 5-3.

Penalties and his ability to provide scoring opportunities for his teammates

Bernardeschi has converted on all five of his penalties this year. This included converting penalties in his last two games against Atlanta United FC and CF Montréal. Also, against the New England Revolution Bernardeschi helped earn TFC a point at home. He also can score goals of his own, which included the game-clincher goal against the Portland Timbers at BMO Field.

What was more impressive though was Bernardeschi’s ability to create scoring opportunities. A large part of this was seen in his chemistry with Insigne.

What was more impressive was Bernardeschi’s ability to create scoring chances for his teammates. He has done this several times with Insigne. They always find a way to connect passes with each other. The biggest example might be the Charlotte FC game. Insigne got to Bernardeschi’s cross and put the ball into the back of the net. Bernardeschi also assisted in Insigne’s goal, where TFC won 2-1 against Charlotte FC on the road.

Their ability to read each other’s minds and try to create scoring chances is something TFC was sorely lacking. Their chemistry would help each player get behind TFC’s backline. Also, it does feel that Bernardeschi should have more assists. A lot of them are sometimes wasted by his teammates, who are unable to take advantage of the opportunity.

This is what Vancouver Whitecaps FC head coach Vanni Sartini said about Insigne and Bernardeschi before the game in the Canadian Championship Final at BC Place according to Sportscasting:

“I think that Insigne, Bernardeschi, when they will be at 100 percent condition, are the best and second-best player by far.”

Yes, some can say this quote is out of context by the Vancouver head coach before the Canadian Championship Final game. Another way of looking at it though is for other MLS teams to recognize the danger both Italians pose for future years in MLS.

Bernardeschi was born on February 16, 1994, in Carrara, the region of Tuscany, Italy. According to Hale Hendrix of Life Blogger, Carrara is known for this because of its:

In the same article, Bernardeschi also credited his dad for pushing him to be the best version of himself on the soccer field.

“When you’re a kid, sometimes you feel that’s too much especially when it came from a dad who gets angry at you for any moment you don’t put in your best,” Bernardeschi said. “But as I got a little older, I began to understand my dad wanted more from me because he believed in me.”

However, it is important to remember that Bernardeschi’s career was almost cut short. When he was with ACF Fiorentina, his first professional club, the doctor said this when he was just 16 years old according to Phil Costa of OneFootball:

“I did the investigations and found that my heart was enlarged,” Bernardeschi said. “The doctors told me they did not know if I would have been able to play football again, I could not believe it.”

This shows that with determination anything is possible. Bernardeschi had to overcome many obstacles to be the player he is now.

“Jealousy is an ugly beast, whoever attacks me (for going to Toronto) wants to be here with me.

You can’t even imagine how many colleagues from Serie A have called me because they want to come play here, and I’m talking about top level players.”

Federico Bernardeschi has been by far TFC’s best player since joining the team. He has been solid for almost all the games he has played. His greatest assets are probably his passing ability and converting on penalties. However, he also has a knack for scoring goals seen in the game against Portland.

Also, to also have Insigne and Domenico Criscito on the team does help. These signings show how much MLSE values Italians from Italy. It also helps there are a lot of Italian immigrants that live in Toronto.

For people who do not know, Little Italy is a district in Toronto, Ontario, Canada. Toronto right now has the fourth largest population of Italian descent in the world. According to Statistics Canada in 2016, 511,680 Italian Canadians are located in the Greater Toronto Area. 484,360 of those people live within the Toronto CMA.

The history of Italians playing for TFC has been recent but has also been largely successful. Sebastian Giovinco is arguably one of, if not the nest Toronto FC player in its club’s history. Players like Bernardeschi, Insigne, and Criscito are just adding to that legacy. The game today against Orlando City SC will kick off at 7:38 p.m. ET. It will be televised nationally on TSN and will also be shown live on Fox 35 Plus at Exploria Stadium.

The post Federico Bernardeschi: His Influence with Toronto FC appeared first on Last Word On Soccer.