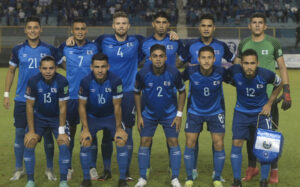 The summer of soccer tournaments continues. With the European Championships and Copa America near completion, the soccer world simply can’t jump straight into club and domestic seasons. Therefore, we are presented with the Gold Cup, a four-group, 16-team tournament amongst the best teams in North and Central America.

And seeing as this is the opening contest, we’re in Group A. Along with El Salvador and Curacao, are group favorites Mexico and free-scoring Trinidad and Tobago. Given the talents, history and even contests on paper — this easily has the look of the always anticipated Group of Death. And this game could give us a view as to who can possibly advance onto the knockout stages.

This is only the fourth-ever meeting between the two countries. The head-to-head meetings span as far back as 2015 for World Cup 2018 qualifying, and the last contest was during the 2019 Gold Cup group stages. During the four overall meetings, Curacao have yet to score, while La Selecta have shipped five goals past their opponents Saturday evening. The game is held at Toyota Stadium the home of FC Dallas in Frisco, Texas.

The form book on these two sides are pretty similar. El Salvador ran roughshod in winning Group B of the CONCACAF Nations League back in the fall of 2019. They won five out their six group games against the likes of Montserrat, Dominican Republic and Saint Lucia to qualify for this edition of the Gold Cup. Furthermore, they went unbeaten in 2022 World Cup qualifying in their group. They also beat up on Saint Kitts and Nevis to a six-zero aggregate. Hugo Perez and company will feel confident in their chances of getting out of the group. Goalkeeper Mario Gonzalez of Alianza has only conceded one goal in his last four games, and that was in a friendly against Qatar who are guests of this tournament.

For Curacao, qualifying was a bit trickier but they made it as runners-up in Group D. Finishing behind Costa Rica is nothing to sneeze at, and this team plays hard and makes opponents work for it. During 2022 World Cup Qualifying, they only lost once in four matches and finished tied atop the group with Guatemala. Unfortunately they haven’t played a game or friendly in just under a month so fitness can be an issue at the start.

The El Salvador squad in general features players from many different leagues. David Rugamas brings experience to the forward line as the elder statesmen at 31 years old, plies his trade for Aguila in the first division of El Salvador. Amando Moreno provides width for this team, and has done so for New Mexico United in the USL. And for MLS lovers, Darwin Ceren (Houston Dynamo) and Alex Roldan (Seattle Sounders) bring tidy passing and tackling in midfield. Issues could arise in defense if they fail to get organized, Byran Tamacas (Alianza) and Eriq Zavaleta (Toronto FC) will need to be at their best against opposition wingers.

Curacao have a sweet mix of youth and veteran presence in their team. Nigel Thomas is one of the young players to watch at this tournament and does the business on the wing. The 20-year-old grabbed five goals and two assists last season at PSV Eindhoven. The Bacuna brothers, Leandro (Cardiff City) and Juninho (Huddersfield Town) bring attacking creativity and ideas in midfield. Cuco Martina will marshal the defense and is the teams’ voice as captain. MLS Cup winner Eloy Room will bring experience and is tough to beat between the sticks. The legendary Dutch striker Patrick Kluivert takes over for Guus Hiddink due to health issues.

Keys for El Salvador vs Curacao

Rugamas will be the key for El Salvador as he has found the net with regularity in World Cup qualifying. The fun battles are always in midfield with Ceren and Roldan against both Bacunas and Vurnon Anita. Should Curacao hold an advantage, it’d be through the odd set-piece chance. But La Selecta will feel they can dictate play no matter where and will be confident of another shutout. With games against Mexico and Trinidad & Tobago later on, this game takes on much greater importance. El Salvador are regulars at this tournament while this is Curacao’s third trip. Both squads made the knockout stages in 2019, this may not be the case this time around.