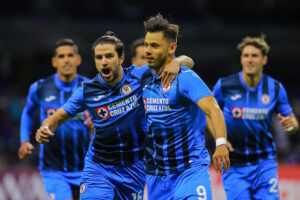 MEXICO CITY, MEXICO – Cruz Azul moves on with a 3-1 victory over Forge FC in Mexico City. They were able to get past Hamilton’s defence on a number of occasions, especially in the first half. As a result, Cruz Azul will be heading to the quarterfinals stage of the Concacaf Champions League.

Full Game Summary:#ForgeFC’s defence was not good enough in the first half.

Forge FC did not have many chances to score.#CruzAzul took advantage of their scoring chances in the first half.#CAZvFOR | 3-1 (4-1) | #SCCL22

5’ #CruzAzul scores! Cruz Azul gets a set piece. Ángel Romero gets behind #ForgeFC’s defence and scores! The assist was credited to Rómulo Otero. #OneSoccer#CAZvFOR | 1-0 (2-0) | #SCCL22pic.twitter.com/VC1UXYYGfC

Cruz Azul started the game strong. It ended up with an early goal (link for U.S. viewers). Ángel Romero got behind Hamilton’s defence to score. Rómulo Otero also deserves credit as his cross found Romero. Forge FC then had one dangerous chance, but it was shot off-target. Triston Henry made a big save in the 17-minute. Then Forge’s Terran Campbell had a chance to tie the game but was on the wrong side of the Cruz Azul player in the 20-minute.

Cruz Azul would once again score in the 21-minute. Rafael Baca’s shot (link for U.S. viewers) was a bullet that got past goalkeeper Henry and into the back of the net. Baca also had time and space to get the shot off. However, five minutes later, David Choinière got some space and shot the ball past José de Jesús Corona and Hamilton had some life in the game (link for U.S. viewers).

Forge FC made the terrific clearance in the 36-minute. Alexander Achinioti-Jönsson got a terrific block in the 37-minute of play. Joaquín Martínez defended the ball from Choiniere. Also, a Cruz Azul shot missed.

However, Juan Escobar got the goal that would seal the deal for Cruz Azul (link for U.S. viewers). Once again, the team from Mexico City got behind Hamilton’s defence. Escobar took advantage as he got a terrific cross from Luis Ángel Mendoza to score the goal.

A Cruz Azul shot was stopped by Forge goalkeeper Triston Henry in the 65-minute. In the 70-minute, Emery Welshman almost scored, but his shot was narrowly off-target. Not a lot of chances for Cruz Azul in the second half. In the 82-minute, Escobar almost scored, but it was saved and later called off-side. The first shot hit the post, but Alexander Achinioti-Jönsson got a great shot-block from an Escobar shot that would have gone into the back of the net.

Game Ends:@CruzAzul 3@ForgeFCHamilton 1 #CruzAzul moves on to the quarterfinals of the #SCCL22. They will face #CFMTL in the quarterfinals. This is while #ForgeFC will focus their attention now on the #CanPL season, which starts in April.

The second half was not as eventful as the first half for both teams. There were chances to score, however, there were no goals in the second half. Something that benefits Cruz Azul though as they will now face another Canadian team. They will face CF Montréal in the quarterfinals of the 2022 Concacaf Champions League.

However, for now, Cruz Azul will focus on domestic fixtures. They will host Santos Laguna on February 27, then travel on the road to face Tigres UANL. That game will take place on March 2 at 8:00 p.m. ET. This is while Forge FC starts their season in April. They will first travel to Starlights Stadium on April 10. They will face defending CPL champions, Pacific FC in Langley at 7:00 p.m. ET. The Hamilton team will then host rivals Cavalry FC on April 16 at 4:00 p.m. ET. All Forge games will be shown live on OneSoccer.

High praise from Bobby Smyrniotis for his players & staff

“I think we’ve been excellent over these two games, the players have given everything they have,”#SCCL22 l @ForgeFCHamilton

Forge FC got valuable experience playing against a Liga MX side. Yes, the Hamilton team was not going to allow the Mexico City side to walk all over them. As a result, they should have gotten a draw-in leg one against Cruz Azul. However, they also knew that they were massive underdogs. One thing to take notice of is to be always aware defensively. Taking one second off could mean one or two goals going into the back of one’s own net.

The post Cruz Azul moves on with a 3-1 win in Mexico City appeared first on Last Word On Soccer.