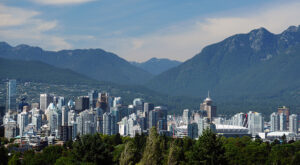 ANALYSIS – CPL awards Vancouver a tentative franchise in the league. From how it was announced, they will most likely be the second CPL expansion franchise ahead of the Saskatchewan team that was announced earlier this year.

CPL awards Vancouver a tentative franchise in the league

CPL: Vancouver gets a team

The Canadian Premier League is pleased to announce that @SixfiveSports have been awarded an expansion club in Vancouver, British Columbia. The CPL’s ninth club is set to join the league for the 2023 season.

As mentioned above, the team will be owned by SixFive Sports & Entertainment LP. It is a Canadian-based Football evergreen investment fund. Part of their mission (according to their website) is to create the same infrastructure for the men’s and women’s games. They also want to focus internationally on the player pathway and also invest in youth development in core markets and lastly be part of Canada’s increasing relevance in the soccer world. This is what SixFive co-founder Dean Shillington said about the news according to Peter Galindo of Sportsnet:

“We are excited to bring the Canadian Premier League to Vancouver,” said SixFive co-founder Dean Shillington. “We are currently speaking to several municipalities about a location and a potential new stadium for this club’s home pitch. Growing the league and investing in the Canadian game is our mission and we are thrilled to bring a new, fan-centric and energizing CPL team to Vancouver.”

This would also be Vancouver’s second and British Columbia’s third professional soccer team. CPL’s Pacific FC plays in Greater Victoria at Langford. This is while the Vancouver Whitecaps FC if counting their history before MLS is the longest-running franchise of any professional soccer team in Canada and the U.S. in MLS. It is also important to note that Shillington and SixFive are also involved with Pacific FC owners and former Canadian Internationals Rob Friend and Josh Simpson. Shillington is also chairman of Pacific FC according to Galindo of Sportsnet.

There are currently five professional sports teams and a minor-league baseball team in the market. The minor-league affiliate of the Toronto Blue Jays, the Vancouver Canadians plays in the High-A-West baseball league. They also have NHL’s Vancouver Canucks, CFL’s BC Lions, NLL’s Vancouver Warriors, and lastly CEBL’s Fraser Valley Bandits. It is important to note though that the Bandits play in Langley. It is located in the eastern part of Metro Vancouver. The other teams listed above in Vancouver are located in the city of Vancouver. This includes the Whitecaps, which plays at BC Place.

Our 3rd and final city should come as no surprise.

Home of the @Canucks and voted as one of the World’s Greenest Cities.

There are also official plans for a professional rugby nines version of rugby league in Vancouver. They would be both a pro men’s and a pro women’s rugby league team. Both teams will play in Toronto in 2022 before playing somewhere in Vancouver in 2023. They would play in the Canada Co-Operative Championship Rugby League (CCCRL). Additionally, they have a junior hockey team called the Vancouver Giants. There is also a Canucks’ farm team close to Metro Vancouver called the Abbotsford Canucks.

What does this team mean for Vancouver?

Lastly, if everything works out, they should play in the 2023 CPL season. They would be the second expansion team after Atlético Ottawa and might come before the tentative Saskatchewan CPL team, which has encountered some problems recently. This would be a huge deal for British Columbia soccer, which is already slated to get League1 British Columbia next year. This is a third-tier league for both men and women like League1 Ontario and the PLSQ in Quebec.

There have also been rumours of Vancouver possibly hosting games alongside Edmonton and Toronto in the 2026 FIFA World Cup after Montreal dropped out. This is because of British Columbia premier John Horgan, who is interested in possibly being part of the 2026 FIFA World Cup according to The Canadian Press. It is a great market, as well as Vancouver, is considered one of the “Big Three Cities” in Canada by population along with Montreal and Toronto.