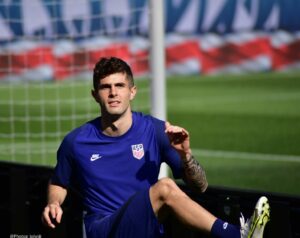 Preview – For the first time in over 500 days, the USMNT will play in a competitive match  tonight. Taking on Honduras, and fresh off a loss to Switzerland in a friendly, the U.S. look to punch their ticket to the CONCACAF Nations League Finals. However, Honduras is also looking to rebound from a recent loss, and would love to notch an upset over the US.

While both teams are coming off losses, the US have the luxury of having played more recently. Last in action late March, Honduras will take on a US side looking to make a statement in the lead-up to this year’s Gold Cup. The loss to Switzerland was disappointing, tomorrow presents an opportunity to perform when it matters most.

The USMNT have several rising young talents who’ve opened a lot of eyes with their performances overseas. Sergiño Dest, Weston McKennie, and Gio Reyna all made headlines throughout the 2020 season for their stellar performances. In addition, Captain America, Christian Pulisic, made history this past weekend. Not only was he the first US male to compete in a UEFA Champions League Finals match, he was also the first to win it. With him returning, expect more clinical finishing in the final third.

Last bit of prep before we face

One of the biggest takeaways from the recent match against Switzerland, was the inconsistent defense. While the back four played well for a majority of the match, the second half was their undoing. John Brooks and Mark McKenzie had a good partnership for most of the match, whether they will be able to maintain it a full 90 will be  one of the biggest questions for tonight.

Sports are funny, sometimes what looks like one area of a team underperforming, is actually not as bad as it comes off. While the talk is the lack of clinical finishing in the final third, the USMNT finished with the same shots (11) and shots on goal (5), as Switzerland. Sure, that’s probably less clear opportunities than the US would like, but the biggest discrepancy was in the midfield. The Swiss controlled possession 55% of the time to USMNT’ 45% and had 613 successful passes to 498 for the Americans. If the U.S. is to really flex their power, they will need better control of possession, and better build-up to improve their chances in the final third.

Yes, Honduras is a side that can be a thorn in the side of any team. They are gritty, and the longer a match goes on without goals, they get tougher to score on. However, even with them looking to create some chaos and send the Americans into full panic mode, the USMNT should win this match with relative ease. Don’t be surprised to see a slow start from the U.S., but in the end, they will be looking at a two goal win, and a trip to the Finals.