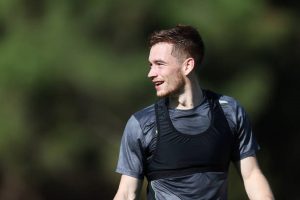 Last week, Matt Pollard was a guest on the MLS Updater with Michael Rice. We discuss the 2022 Colorado Rapids season, preview what 2023 could look like for the club, and break down all the silly season rumors of the past week. The episode was so good, we asked Michael if we could have the audio and share it with our audience, so here it is.

Holding The High Line is an independent soccer podcast focused on the Colorado Rapids of MLS. If you like the show, please consider subscribing to us on your preferred podcatcher, giving us a review, and tell other Rapids fans about us. It helps a ton. Find us wherever you get your podcasts. You can find a full list of pod catchers we’re on with links on this Twitter thread. Our artwork was produced by CR54 Designs. Juanners does our music.

HTHL is on Patreon. If you like what we do and want to give us money, head on over to our page and become a Patreon Member.