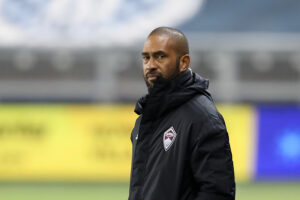 PREVIEW – The Colorado Rapids host Toronto FC at Dick’s Sporting Goods Park. Colorado is currently third in the Western Conference and looks like a team that could make a playoff run. They will host Toronto FC, which is currently last in the league. Colorado though will need to be wary of TFC, as they have started to play better as of late.

Their leading goal scorer is Michael Barrios with seven goals. There is then a three-way tie with four goals each between Jonathan Lewis, Diego Rubio, and Andre Shinyashiki. This is while Jack Price leads the team with nine assists. Barrios and Rubio are tied for second with four assists each.

The Rapids are unbeaten in their last 10 games. However, it is important to note that they are also winless in their last three games. Their last game was a tie against the Vancouver Whitecaps FC. They have a balanced team and have a +11-goal differential. This is the third-highest goal-differential in the Western Conference.

Price delivered a terrific cross following a corner to an unmarked Danny Wilson who put the ball into the back of the net. Colorado would end up with most of the chances of the game with 25 shots in the game but only five of them on target.

This is what Colorado head coach Robin Fraser said about the game:

“I felt like we probably created enough chances to win, but we certainly gave up too many chances down the stretch.”

He would go on to later say that a mistake played a role in the Vancouver Whitecaps FC getting the tie against Colorado while also giving credit to Vancouver. However, there is still a lot of confidence in this team. Fraser even mentions that when their team is not playing at their best, they still find a way to get a result.

Toronto FC is currently bottom of the league and favourites to win the dubious Wooden Spoon trophy in MLS this year. However, there is reason to be optimistic as a TFC fan. They are in good form recently and have won their last two games.

41′ #TFCLive adds another! Ifunanyachi Achara makes a good run and puts the ball into the back of the net! Jacob Shaffelburg is on a roll with his second assist of the game.#TORvYRK | 2-0 | #CanChamppic.twitter.com/BwEUNzI7jf

Their last game was against CPL side York United FC. In that game, Toronto dominated the game from beginning to end. Their best player was Jacob Shaffelburg who provided great cross passes. This allowed the Nova Scotian native to produce two assists for his team. They also played great defence, getting a clean sheet against their Greater Toronto Area rivals. This was the first clean sheet for Toronto since winning 2-0 against their Trillium Cup rivals Columbus Crew SC on May 29, 2021.

This is what TFC goalkeeper Alex Bono said about the game against Colorado on Saturday:

“The message to the players is that we have to put together a good, strong performance like in the last three games and try to get the three points in Colorado.“

Injuries/Absences for both teams

The Rapids will be missing Younes Namli according to transfermarkt. Namli has been injured since May 10, 2021, because he had ankle surgery. Currently, his return to the team is unknown.

For Toronto, injuries have played a role in them being bottom of the league in MLS. Akinola and Ralph Priso are out for the rest of the year. The two other injured players that could return to the lineup are doubtful. This along with not having Jordan Perruzza and also Bradley due to yellow card accumulation hurts Toronto.

Both teams are fighting for very different things. Colorado is battling for first in the Western Conference while Toronto is fighting to not get the Wooden Spoon award this year. However, what Colorado should be aware of is that Toronto is not under any pressure now. They still believe they can get some hardware with the Voyageurs Cup and will use these games in MLS to prepare them for that competition. Furthermore, it is important to not discount the clean sheet against the Nine Stripes in the Canadian Championship.

Yes, MLS is seen as a better league right now than the CPL. However, it does not mean they are easy games to win. Vancouver has been eliminated twice by CPL competition in the Canadian Championship. CPL is a better league than what most MLS pundits give it credit for. Also, Toronto has been in good form in MLS defeating Nashville SC and putting up a good fight in a controversial loss to Inter Miami CF.

Saying that Colorado has had more rest than Toronto. The last time Colorado played was on September 19 while Toronto had to play in the Canadian Championship against York on September 22. Furthermore, TFC head coach Javier Perez put his best lineup in the Canadian Championship. Some of these players may rest against Colorado tomorrow. More importantly, TFC has too many injures/absences against the Rapids on Saturday.

The Rapids host TFC on Saturday at 8:00 p.m. ET. The game will take place in Commerce City, Colorado at Dick’s Sporting Goods Park. The game will be televised nationally in Canada on TSN1 and will also be shown on Altitude.