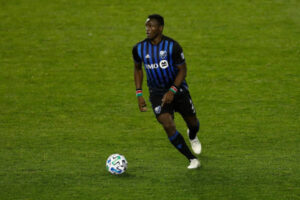 PREVIEW – CF Montreal had a very busy offseason changing their name, doing. a total rebrand, and overhauling their lineup. They even have a new coach with a familiar face taking over in Wilfred Nancy since Thierry Henry decided to leave the club for family reasons.

Players like Bojan, Maxi Urruti, Jukka Raitala are gone and have been replaced with Zorhan Bassong, Erik Hurtado, and Djordje Mihailovic so the team will have some fresh new faces hoping to spark some new chemistry. They will once play again in a season affected by the pandemic and due to that have been relocated once again this time to the sunshine state and will share the stadium with Inter Miami in Ft Lauderdale, Florida.

Back at home in La Belle Province, there has been turmoil with its fans who weren’t happy with the rebranding, the name change, and even to the point that it’s Fanclub 1642 who had supported the Impact since day one have even removed the bell from Stade Saputo sending a message that the relationship with its fanbase might be close to an end.

The team will have to bring its fans back with good play and good results otherwise it seems the team is spiraling out of control. Montreal is known for its fast starts and around the midway of the season start to go down. The team is coming off a first-round playoff exit at the hands of New England and was eliminated at the Concacaf Champions League after one game.

The team clinched the final playoff spot on the last day of the season and if it happens again there is always a chance they will miss the playoffs. It will be interesting to see if Nancy follows what Henry was doing or if he will come out with his own game plan for the team and the season.

The east is stacked with teams like rival Toronto FC, Columbus Crew, Atlanta United, New England Revolution, and Philadelphia Union and it won’t be easy for a new team to gel that quickly and expect to have instant success. It will take hard work, solid play, and consistency to be able to have a chance.

Montreal won’t have the chance to play Concacaf Champions League which could be a blessing in disguise and meaning they will focus more on the regular season than club tournaments. The team opens up its regular season on April 17 vs its arch-rival Toronto FC and we will see if all the changes made in the offseason were worth it.