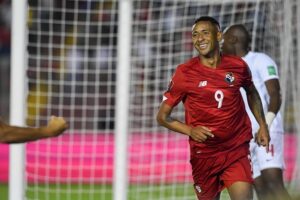 PANAMA CITY, PANAMA – The CanMNT was hoping to finish World Cup qualifying with a win. However, they suffered their second loss of the campaign on the road in Panama.

A tight first half

Three minutes in we had yet to see a shot from either side as both sides attempted to take control of the game and it was a battle early on to press and gain possession. Panama earned the first corner of the game but it was headed out of danger by Lucas Cavallini.

20 minutes in and still no shots from either side as the game was turning into a physical battle and Panama’s aggressive game style was starting to come out. Canada earned a free kick in the 39-minute as Tajon Buchanan was taken down but Sam Adekugbe’s shot went over the bar and out.

The first half finished 0-0 with neither team being able to get a shot on target as both teams were fighting it out with 45 minutes to go.

Canada concede in the second half

John Herdman made his first change at the beginning of the second half bringing in Jonathan Osorio for the young 19-year-old Ismaël Koné. Paname opened the scoring in the 49-minute as Gabriel Torres managed to volley kick a ball past Maxime Crépeau, who got the start in goal in place of Milan Borjan to make it 1-0.

Canada made two more changes in the 59-minute bringing in Junior Hoilett for Mark-Anthony Kaye and Cyle Larin for Lucas Cavallini. Minutes later Jonathan David had a one-on-one opportunity but was denied by the foot of the Panama goalkeeper Luis Mejia.

Herdman made another change in the 72-minute bringing in Richie Laryea for Alistair Johnston. Crepeau made a huge save in the 77-minute off a free-kick from close range making a diving save as the ball went off his fingertips and out.

Canada equalized the game in the 80-minute as Cyle Larin was able to head in great service from Hoilett and put it into the back of the net. Tempers flared afterwards and things got heated the ref decided to go to VAR to check the goal and after review, the goal was reversed due to it being offside.

The CanMNT finishes WCQ with a loss to Panama

Herdman made his final change in the 87-minute bringing on Iké Ugbo for Buchanan. Seven minutes were added on to the 90 but it wasn’t enough as the final whistle blew and Canada finished their World Cup qualifying campaign with a loss on the road in Panama. However, the Canadian team still finished first in Concacaf World Cup qualifying.

However, the Canadians were first in the final round of the Concacaf World Cup Qualifying. They are also in the men’s FIFA World Cup for the first time since 1986. The FIFA World Cup draw will start at 11:00 A.M. ET on Friday. The draw will be shown nationally on TSN.

The post CanMNT finish World Cup qualifying with a loss to Panama appeared first on Last Word On Soccer.