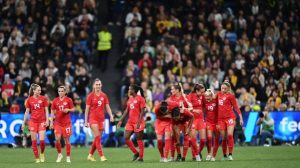 Canada Women’s National Team will head to South America in November to play Brazil in a two-game series which was confirmed on Wednesday.

After a successful October window, Canada’s women’s national team beat Argentina and Morocco and will face another South American opponent.

“We are excited to end the year with two great games against Brazil,” said Bev Priestman, Canada Soccer’s Women’s National Team Head Coach. “We know both of our nations have a rich history when playing each other in big moments. Given some of the roster realities, this window will again provide us with a great opportunity to continue to test and build our depth against very good opponents.”

, it makes coming together and climbing again that much more exciting. It’s been a big year for many of our players and we are excited to hopefully end it with more excellent performances and steps forward.”

These Canada Brazil November friendlies will take place on the 11th and 15th. They went 4-0 in their past September and October windows and are currently in Group B with Australia, Nigeria, and Ireland. The Women’s World Cup is scheduled for next summer.

They will feature in the first-ever Women’s World Cup to have 32 nations competing for the biggest sports trophy on the planet and will once again travel to Australia to compete. Canada will play two games in Melbourne and one in Perth.

Ironically Canada’s group features two nations that they have played recently while Ireland is a first-time qualifier but Preistman is not taking them lightly. Canada is also the defending gold medal champion from the Olympic games in Tokyo two summers ago.

Canada is the favorite to get out of the group and will most likely face England in their first group of the knockout stage.