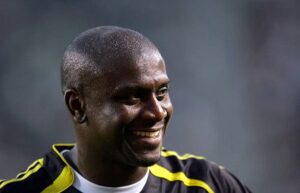 Editorial – After a months-long saga following the sacking of Raphael Wicky, Chicago Fire FC have announced the appointment of Ezra Hendrickson as their new head coach. As would be the case with any new Fire coach, the question must be asked: Can Hendrickson lead the Fire out of a decade-long slump and turn them into a consistent playoff contender? Read on to hear our thoughts.

Will the Fire finally turn things around with Ezra Hendrickson at the helm?

Who is Ezra Hendrickson?

Hendrickson is considered by many to be an MLS legend, having led an illustrious playing career that saw him play for several teams in the American top tier, most notably for LA Galaxy and Columbus Crew. He comes to the Fire after a three-season stint as the Crew’s assistant head coach.

During his time in Columbus, Hendrickson won an MLS Cup title as well as a Campeones Cup crown. In terms of head coach experience, Hendrickson has never led an MLS side. He did, however, coach Seattle Sounders II in the USL Championship for four years, leading them to a playoff berth in his first season. Now, the Fire’s new coach will look to erase the last few seasons from fans’ memories and take the club to new heights.

Who Will Hendrickson Have at His Disposal?

To the great disappointment of many, the Fire released nine players at the end of the 2021 season, including joint-top goal scorers Robert Beric and Luka Stojanovic, as well as fan favorite Alvaro Medran. The decision indicates that the club will undergo a complete rebuild (again) ahead of next season.

While the Fire have lost several key players, the hiring of Hendrickson this early in the offseason allows him to build his team from the ground up. He would certainly benefit from the depth that Stojanovic, Beric, and Medran would provide, but owner Joe Mansueto is expected to whip open the checkbook in the transfer window. Hendrickson could use this to his advantage, assembling a star-studded team to challenge for the playoffs in 2022.

Is Hendrickson the Right Choice?

Hiring Hendrickson marks a return to tradition for the Fire. Prior to the appointments of Wicky and his predecessor Veljko Paunovic, Chicago were known for their ability to trust in inexperienced coaches. As a matter of fact, the club’s most successful period was under Bob Bradley, who, prior to joining the Fire, had worked only as an assistant coach in MLS. The parallels between Bradley and Hendrickson cannot be ignored.

Additionally, Hendrickson has experience with (re)builds. Upon taking charge of expansion side Seattle Sounders II in 2014, Hendrickson was given a squad riddled with MLS rejects and unproven youngsters. Despite the difficulties, he succeeded in turning them into a playoff team. Now, he’s being given an opportunity to do the same on a bigger stage.

In short, Ezra Hendrickson is the best possible hire for a club that has been through a miserable run of form recently. His squad management is unmatched. His work ethic is high. And, perhaps most importantly, he’s got a point to prove. For the first time in years, the Fire board have made the right decision. They’ve put their faith in Hendrickson, and it’s going to pay off.

The post Can Ezra Hendrickson Turn the Chicago Fire Into a Playoff Team? appeared first on Last Word On Soccer.