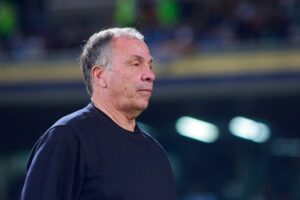 CHARLOTTE – Just when it seemed that this week couldn’t get any worse for the New England Revolution, they suffered yet another defeat. The international break delivers some much-needed re-focussing time for Bruce Arena and his team with Charlotte FC being the latest benefactor. After embarrassing defeats to Real Salt Lake and Pumas, the Revs underperformed massively once again.

Charlotte get a first ever MLS win under their belt

What went wrong for the Revs and Bruce Arena on the night?

Bruce Arena deployed Jozy Altidore from the start for the first time since the pair reunited whilst Emmanuel Boateng and Tommy McNamara also came into the XI. On the other hand, defensive trio Matt Turner, Henry Kessler and Andrew Farrell remain out of action. These are key commissions for the Revs, yet they still surely should be performing better than this.

There was a real dearth of chances for the Revs in this one. Charlotte didn’t have loads themselves but they were clinical at the very least. New England’s solitary goal came from a penalty that was won by Matt Polster, and Bruce Arena was bemused as to why Charlotte shot-stopper Kristijan Kahlina didn’t see red for the challenge. “I think the fourth official was trying to tell me that he wasn’t going straight to goal, and obviously he’s going around the goalkeeper. It’s a red card… What is the point of having VAR if you can’t review that play and say it should be a red card.”

Not seeing either Adam Buksa or Gustavo Bou in the eighteen, whilst understanding the need for rest, seems bizarre. There was no talk of either of the strike duo being injured but with an international break now upon us, surely at least one of them could have featured. Charlotte were more clinical and they took their chances when they came, particularly Karol Swiderski who netted his first and second goals in this league.

Trouble in paradise for Bruce Arena and co

After throwing away a 2-0 lead against RSL, to exiting the Champions League at the hands of Pumas, this has been a week to forget for the Revs. It got even worse with this 3-1 defeat to MLS new boys Charlotte FC, and it sees questions arise regarding a deeper-rooted issue. When asked about this, Bruce Arena simply laughed and said, “I don’t know how to answer that question. We’ll be ready to play next time around.”

Bruce Arena said the focus before the next #NERevs game is to improve on both ends of the field. They need to finish chances & not make defensive mistakes. They will strengthen the backline with the return of Kessler & Farrell, and he expects Matt Turner to be back soon as well. pic.twitter.com/iln3CbtAbN

Tajon Buchanan provided a duel and constant threat, his presence is truly missed in this time. Whilst Sebastian Lletget has been one of the better players since arriving from LA Galaxy, you have to feel that he isn’t quite at the level of the young Canadian superstar. The aforementioned absence of Turner, Kessler and Farrell is of course an issue, as addressed by Boateng post-game: “they are great players for sure, a big part of what we achieved last year. We are missing them on the field but we have great guys that can step in.” The triumvirate than can and have stepped in are Earl Edwards Jnr, Jon Bell and Omar Gonzalez who have, in truth, flattered to deceive in these three consecutive defeats.

Where do they go from here?

To reiterate a previous point, the arrival of this international break feels like it could not have come at a better time. Boateng stated that “if you’re going into a break on a win that is the best feeling… I think guys are not relieved but pissed and ready for the next opportunity to get it right… In this next two weeks in training I can see guys battling.” From an outsider looking in, this feels like a break that was needed as the players try to leave it the past, but maybe this could have a long-lasting knock on the confidence of a team that got used to winning in 2021.

One week doesn’t define a season. We’ll get it right.

This trio of revolting results need to be left behind the New England Revolution and Bruce Arena if they are going to compete for the Shield or MLS Cup. They are out of CCL now and so the focus can turn to domestic competition. The Revs will meet an in-form Red Bulls side after the break at Gillette Stadium before facing an Inter Miami team in disarray.

The post Bruce Arena and the New England Revolution limp into the international break appeared first on Last Word On Soccer.