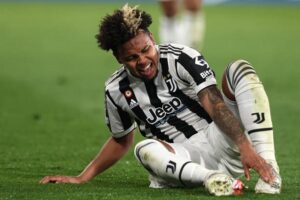 Christian Pulisic is a huge key to the USMNT’s potential future success. He’s starting to reach elite levels in club form again, and it couldn’t be at a more perfect time. Sargent just loves creating goals against Liverpool, and Pefok’s Golden Boot chase is starting to become a reality. Elsewhere, the Weston McKennie injury is confirmed to have the devastating effect we feared it might.

Death, Taxes, Josh Sargent assists against Liverpool. It came in another defeat, but Sargent was brought in off the bench in the FA Cup, and instantly made an impact. He assisted Lukas Rupp’s goal and also picked up a yellow card in the 2-1 defeat in the FA Cup. Sargent was put back in the Starting XI against Brentford at the weekend where their struggles continued, suffering a 3-1 defeat.

Pulisic is becoming a weekly staple again. He’s probably in his best club form since the “Project Restart” of 2020. He managed a goal and an assist en route to a Man Of The Match level performance in Chelsea 4-0 romping of Burnley at Turf Moor. Christian also earned 24 minutes off the bench in the FA Cup, where Chelsea squeezed out a 3-2 win over upset minded Luton Town. Pulisic is right where the USMNT need him to be heading into March qualifiers.

Jordan Pefok continues his chase for the Golden Boot in the Swiss league with a goal in Young Boys’ 2-2 draw with Luzern. Pefok currently holds a two goal lead over Assan Ceesay, with 16 to Ceesay’s 14. Weston McKennie has sadly been confirmed to be out for the rest of Juventus’ season. A devastating blow not only to the USMNT, but to Juve, who are fighting for a Champions League place in Serie A.