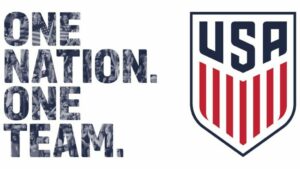 U.S. Soccer is the governing body of soccer in the United States of America. The federation is home to leagues, national teams and employs hundreds of people to perform soccer operations throughout the United States. Based in Chicago, Illinois, U.S. Soccer is notably the federation of the most successful women’s national team in the world, the four-time FIFA World Cup winning USWNT.

There’s more to U.S. Soccer than just the USWNT and the USMNT, who defeated Honduras last night in the CONCACAF Nations League and will play Mexico on Sunday.

In fact, the U.S. Soccer Federation has bountiful amounts of youth national teams, along with Paralympic teams and futsal programs.

Take a look into U.S. Soccer and its operations. The United States Soccer Federation has some amazing leagues, including Major League Soccer, the National Women’s Soccer League, North American Soccer League, United Soccer League and National Independent Soccer League. These leagues are growing and will continue to do so. To stay up to date with those leagues, and betting prospects, check out sportsbet.io.

U.S. Soccer was founded on April 5, 1913, and has been around for more than 108 years. In that time, the United States has grown in its appreciation and fandom of soccer. It has been part of CONCACAF since September 1961, an original member.

U.S. Soccer is home to the U.S. men’s national team, along with U-23 through U-15 national teams – for both the men and women. The USMNT’s leader in appearances is Cobi Jones with 164 caps. Meanwhile, Clint Dempsey and Landon Donovan, both retired, are tied for the most goals, with 57, for the men’s national team.

The USMNT is about to begin World Cup Qualifying for the 2022 FIFA World Cup in Qatar.

In the CONCACAF Gold Cup, the U.S. men have won the tournament six times, with its most recent win coming in 2017. In 2019, the USMNT were runners up to Mexico. They have qualified for the 2021 Gold Cup this summer.

Since 1992, the U.S. U-23 team has been tabbed for qualifying for the Olympics. Before the squad switch, the United States qualified for 11 Olympic tournaments, medaling its first appearances in 1904.

Germany and the United States are the only teams to win two FIFA Women’s World Cup titles in a row. Germany did so in 2003 and 2007.

In every Women’s World Cup the team has participated in, the USWNT have never finished below third place. They were runners up in 2011 to Japan, and have notched third place three times, in 1995, 2003 and 2007.

At the Olympic Games, the U.S. women have won the tournament four times, with three victories coming in a row in 2004, 2008 and 2012. However, the dominance was halted in 2016, when the United States was knocked down to fifth place after losing to Sweden. The team has qualified for the 2020 games, which will be held this summer in Tokyo.

If the United States wins the Tokyo Olympics, they will be the first team to ever win a World Cup title and an Olympic title back-to-back.

In 2016, U.S. Soccer began a tournament called the SheBelieves Cup, which includes the United States and three other national teams. The United States has won the tournament four times in six years, winning the last two tournaments in 2020 and 2021.

In 2017, the federation began a Tournament of Nations, but only two competitions have been played in 2017 and 2018. The United States were runners up the first year and winners in 2018.

U.S. Soccer is on a fast-track to success but has some obstacles standing in their way. For starters, there is the legal battle between the federation and its women’s national team players for equal pay. Also, soccer is not the most popular sport in the United States. Other federations don’t have to compete with American football, basketball, hockey and baseball the way that the U.S. has to compete with these leagues.

However, U.S. Soccer can do nothing but grow.

The post A General Look at the U.S. Soccer Federation appeared first on Last Word On Soccer.