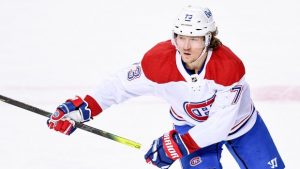 Welcome to Last Word on Hockey’s 2022 summer series, exploring the best and worst free agent signings for each NHL team of the post-lockout, salary cap era. With this past offseason seeing some big splashes (and potential gambles) like Johnny Gaudreau, Claude Giroux, John Klingberg, and others, it’s time to take a look at how teams have boosted and stunted their progress in recent history. Today, we take a look at the Montreal Canadiens free agent signings history.

The Montreal Canadiens organization has never been a team to go after the big free agent names. For a long time, the Habs were supported by drafting superstars, and over the past little while have gone off trades. The Canadiens current roster only has three free agent signings (four if you count Rem Pitlick), and the organization doesn’t seem poised to make a splash anytime soon. With this considered, the pool of free agent names to go through isn’t huge, however, the organization has hit before – including some recent signings that come amongst the best.

The Canadiens have agreed to terms with forward Tyler Toffoli on a four-year contract (until 2023-24). The deal has an average annual value of $4.25 million.

Getting something for nothing in hockey is almost impossible. The Habs did it recently in trading Shea Weber‘s contract to Vegas in exchange for 20-goal scorer Evegnii Dadonov, and they equally did it in February by trading free agent signing Tyler Toffoli to Calgary. Not only did Toffoli bring significant value in trade, but he was among the Canadiens’ best players over his two-year stint with the team. In a 2020-21 season that consisted of only 52 games for Toffoli, he scored an incredible 28 goals. He was on a 43-goal pace, which would have been his career best.

He equally played top-six minutes throughout the Canadiens’ journey to the Stanley Cup Finals. Toffoli scored several key goals for the Habs, most notably the second-round series-clinching overtime winner. In total, he scored five goals and 14 points in 22 playoff games. On a four-year, $17-million dollar deal, Toffoli significantly outplayed his contract, making him a prime trade candidate in the cap-strapped 2022 season. Despite only being with the Habs for a short time, Tyler Toffoli was the best of the Montreal Canadiens free agent signings.

What could be seen as one of Marc Bergevin‘s last bad decisions as general manager, letting Corey Perry walk to free agency over one extra year at league minimum will have effects on the Habs for years to come. Signing Perry to a one-year league minimum deal for the 2020-21 season, reunited him with his childhood favorite team. The future Hall-of-Famer became a fan favourite and was a great role model for the team. His bond with young players such as Cole Caufield was great for development, and his presence was missed during the disastrous 2021-22 campaign.

Perry was such a leader in the locker room that it was even reported that he had been in talks to become a stop-gap captain of the team until a player like Nick Suzuki was ready.

When Bob Gainey took a flyer on undrafted center David Desharnais for the 2008-09 season, nobody knew how effective the 22-year-old would become. Although his original success with the organization was in the minors, the 2011-12 season saw Desharnais put up 60 points in 81 games. This was good for third on the team, only behind Max Pacioretty and Erik Cole. Spending nine seasons in the organization, Desharnais is undoubtedly among the best-undrafted signings the team has ever made – and he would be at the top of this list if it weren’t for the weak value they got in exchange for him. His trade to Edmonton brought Brandon Davidson, who played 23 games and put up three points for the Canadiens.

A big, bruising defensive defenseman, Karl Alzner signed for big money with Montreal in the 2017 off-season. His five-year, $23.125-million contract was already unpopular then, and it aged incredibly poorly. Alzner’s first season in Montreal wasn’t bad, playing in all 82 games, putting up 12 points, and accumulating a career-high of 40 PIMS. His shooting percentage of 1.19% did him no favours offensively, however, his defensive awareness was still solid enough. In the two seasons after, Alzner played a combined 13 games – his last against Tampa Bay on March 5th, 2020. Seven months later, Alzner was bought out. This is why Alzner is the worst of the Montreal Canadiens free agent signings.
Embed from Getty Imageswindow.gie=window.gie||function(c){(gie.q=gie.q||[]).push(c)};gie(function(){gie.widgets.load({id:’NOXq7mp_QTBD-PybWlju0g’,sig:’hPnUorgQZ5S0TyqIlPB11TcHKZ9iQTivMfyZCmdgBuo=’,w:’594px’,h:’446px’,items:’1209270521′,caption: true ,tld:’com’,is360: false })});

The only player in this article still on the roster (Alzner however is still on the payroll) is Mike Hoffman. The Hoffman signing made no sense when Marc Bergevin inked him to a three-year, $13.5-million contract.

The goal-scoring winger provides nothing defensively. What he is supposed to do is score goals, namely on the power play. Unfortunately in the difficult 2021-22 season, he provided little offence as well. Hoffman put up 35 points in 67 games. On top of that, his defensive game continued to struggle. He ended the season as a brutal -27.  His poor season and contract have made him a trade wish for many Habs fans. No doubt with the Habs salary cap issues, GM Kent Hughes wouldn’t mind getting him off the books as well.

If Hoffman remains on the team, he will be reunited this season with former Florida teammate Evgenii Dadonov. Hopefully, that can spark Hoffman’s goal-scoring touch. If he can’t then moving his contract will prove to be very difficult. Fortunately for the Habs, they can afford to carry some passengers for the time being. With the team not in a position to contend, the desperation to get Hoffman off the books is high but does not hinder the team too badly… for now.